The Difference Between Water And Oil Based Polyurethane

How Many Types of Finish Are Out There?

Today, we can roughly divide the floor finishing products into three major groups. First, there are the surface finishes which form a protective film on top of the wood– shellac, varnish, lacquer.  The second group consists of penetrating oils and sealers represented by the likes of linseed and tung oils. Third are the wax finishes which are popular among those who prefer more natural solutions with low toxicity.

Now at some point, you may have heard the term 'polyurethane finish' … Wait, what? I thought there were only three types?

Polyurethane isn't really a type of finish but rather an ingredient which, after sufficient drying, forms a plastic resin on the surface of the wood. Thanks to their superior qualities, polyurethane based lacquers and varnishes have become the most popular type of finish today. Shellac, for example, being a natural product, is completely overshadowed and is now used mostly in conjunction with wax by those who prefer natural alternatives.

There are two major types of polyurethane finish. Oil and water based. What are cons and pros of each and in what scenario you should choose one over the other?

Beauty is in the eyes of the beholder they say. It's all subjective. Oil based poly offers more colour depth and shine. However, over time, oil poly tends to darken, thus becoming yellow. Some people like that and others don't. This particular feature can make oil based polyurethane unsuitable for certain stain types. If for example, you want a grey stained surface, an oil polyurethane finish will turn yellow with age and ruin the colour.

Oil-based polyurethane is more durable than his water-based alternative since it contains a significant amount of Volatile Organic Compounds (VOCs). Those chemicals make the finish tougher and allow it to last longer. It will need fewer re-applications over the years compared to the water-based version and also offer slightly better resistance to scratches, heat and moisture.

Oil-based polyurethane is cheaper than water-based by a good margin. It will also provide a longer lasting protection which will cut the costs even more.

Here is another detail. It takes more coats of water based poly to reach the same level of toughness compared to the solvent based. If for example, you apply 3 solvent coats, you'll need 4 or 5 water based to get the same level of protection. Since you will need more waterborne finish to cover the same surface this will be naturally reflected in the costs.

Repeated and prolonged exposure to solvents may lead to permanent brain and nervous system damage. Eye watering, headaches, nausea, dizziness and loss of coordination are signs that solvent levels are too high. Intentional misuse by deliberately concentrating and inhaling the contents may be harmful or fatal.

It sounds scary, right? Yes, those chemicals could be dangerous but the good news is the majority of them are released as fumes during installation and a few weeks after. Oil based polyurethane has a very long curing time. After 48 hours you can walk upon the floor normally with shoes, after 4 days you can move furniture but in order to be safe from the fumes you need around a month.

Now here is the bad part. VOC off-gassing can continue long after the finish has dried. How long depends on the type and concentration of the finish but there are registered cases of it lasting for months or even years. Mind, those off-gasses are supposed to be extremely weak and not having any health impact. However, what will be the effect if you are exposed to this for months and even years? It’s really hard to say and we're no doctors to give an opinion on this. Whatever the truth, it is undeniable fact that polyurethane products are allowed by the authorities if they follow certain regulations. 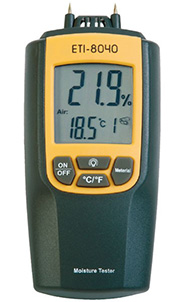 First, let us clear some wrong assumptions about drying times. If we take a look at oil-based poly it is said it will cure in around 30 days, right? That much is true but whenever they advertise this, the manufacturers assume perfect conditions. The humidity must be around 45% and the air temperature no less than 70F. Also, 30 days is the time needed after the last coat is applied. And each coat needs a minimum drying time.

As you can see, fast drying can actually be quite advantageous, especially if you don’t have access to your own home for such a prolonged periods of time because of the harmful fume emissions. Water based poly needs 24 hours before you can walk upon it with shoes, 2 days until you can bring the furniture and around 2 weeks before you can move in. It would be better if you wait full 30 days, though. Still, low VOC and a lot less chemistry.

Both water and solvent based polyurethane have an odour. In the case of oil poly, it is much stronger because it contains more VOCs. Waterborne smells as well but to a much lesser extent. The amount of chemicals released during installation is also less.

In our opinion, the biggest advantage the water based poly has to offer is the reduced amount of VOCs.  Both types of polyurethane will emit them but since the concentration in the water version is lower, it will produce significantly less amount of harmful fumes. Thanks to the faster drying times a water based finish will also release them faster. Waterborne products will be a better solution if health is a concern (and it should be) with its weaker off-gassing.

An oil based finish will turn yellow with age. Waterborne poly is clear and doesn’t change the colour of the surface it is applied to. This makes it the only viable choice for a white washed or grey stained floors, which seem to be very fashionable lately. Certain types of wood, like maple, will also look better with a clear finish which doesn't change their light tones.

It's really up to you. Many will swear by water based products, others will claim solvent based offers more protection and is therefore superior. Our personal opinion is that waterborne polyurethane is better because it is only slightly less durable, has more applications since it doesn't yellow over time, smells less and isn't flammable.